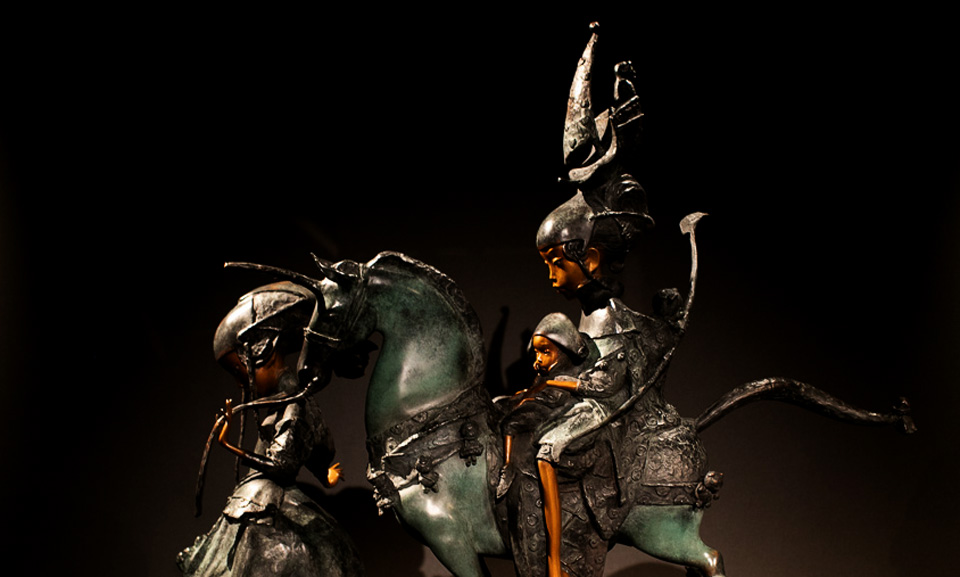 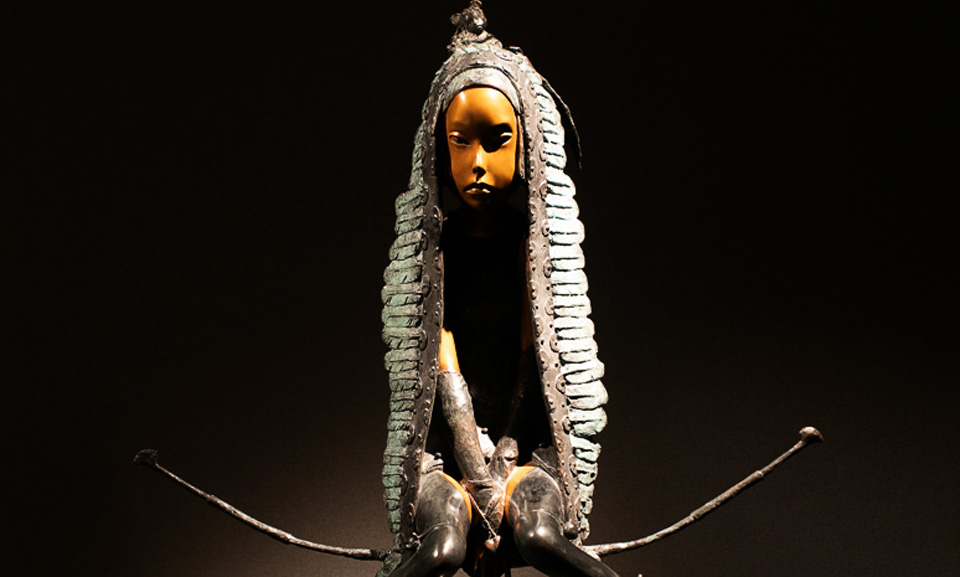 The Belarusian artist Andrey Ostashov is most known for his whimsical bronze sculptures inspired by their creator's long-time interest in the Oriental culture. Ostashov's imaginary world is inhabited by graceful girls who seem to have stepped out of the pages of glossy magazines and supple youths striking elaborate poses of Oriental warriors. The sculptor's creations are easily recognizable by their distinctive features: the almond-shaped eyes and delicately chiselled faces suggest Eastern descent. The exaggerated litheness of their bodies verges on eroticism: their slender arms entwine in fanciful gestures mirroring the patterns of their finely detailed garments.

Ostashov's sculptures, with their minute details and meticulously refined textures, immediately transport the viewer to the bizarre fantasy world in which fiction is artfully interwoven with reality and images inspired by the Orient meet classical mythology narratives. The sculptor recurrently addresses the classical myth: for instance, one of the sculptures on view at the exhibition shows a young girl with vaguely Asian features sporting a luxurious Medusa-like hairdo. Continuously playing with the concepts borrowed from multiple cultures, Ostashov creates his own version of the mythical monster which, in his interpretation, turns into a runway model proudly donning an outrageous invention of some fashion designer.

The allusions to remote and unknown cultures are no happenstance, going far beyond perfunctory imitation of a certain style that the artist finds fascinating. Ostashov's characters truly seem to live across the border between the real and the imaginary, in a mysterious world having very little to do with our everyday concerns. According to the sculptor himself, the enigmatic population of his make-believe universe actually lives in the realm of myth. By saying that in the past “a man hearing the gurgling of a little stream would surely think that it is not just water, but a nymph breathing in a gentle breeze” the artist seems to hint that, despite the pragmatism of our age, modern people still need the “sweet delusion” to explain various natural phenomena. Ostashov's sculptures invoke the remnants of mythological consciousness carefully disguised under the veneer of rationality: poised on the brink between allegory and directness, his art presents myths the way they could exist in a contemporary man's mind. Our deeply hidden and carefully concealed memories find their form here.